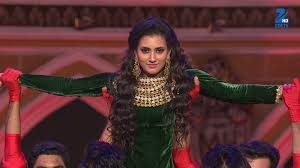 The Zee Rishtey Awards is one of the popular Zee TV awards show. This is an yearly awards for Zee TV programs celebrated by the Zee TV channel. The main motive of this award show is to honour the best talents from the various ZEE TV shows. The Zee Rishtey Awards was founded in the year of 2007 by ZEE Channel to celebrate the success of its rolling TV shows.